The family business started in the 1950s when José Dutra Sobrinho (Zeca Dutra) – father of Ednilson and Walter – began cultivation in Minas Gerais, with just over 1 hectare of land. ‘Zeca’ Dutra saw the potential in the land despite the farm’s small size and applied his passion for coffee farming to expand and improve the farm.

Zeca Dutra passed away in September of 1999, leaving over 300 hectares of coffee to his wife Osvaldina Dutra and sons, Walter and Ednilson. The Dutra brothers – Ednilson Alves Dutra and Walter Cesar Dutra was born inside the farm – they have been working for more than 35 years in agribusiness and in all segments of the coffee production chain. They decided that in order to make the most of their father’s legacy, they needed to invest heavily in their education as a means of moving the farms forward into the new century. They’ve worked tirelessly not only on the farms themselves but also to expand their base of knowledge so that they can apply the best possible practices to their farming. The brothers are producers of specialty and organic coffees that are synonymous with quality and differentiation, inside and outside the country.

Dutra Farms (Fazendas Dutra) are located in the beautiful region of Matas de Minas, in São João do Manhuaçu which is 300km inland from the east coast of Brazil. The coffee production takes place through entirely artisanal processes that make a substantial difference in the final result of the product.

The Dutra brothers have been involved in growing coffee since the day they were born. Production takes place in a mountainous region, approximately 1400 meters above sea level. Due to the artisanal process, the altitude and the soil of the farm, they obtain a differentiated product and, with this, the coffees are classified every year among the best coffees in Brazil and in the world, both in quality and in sustainability.

Coffees are grown in contour lines in consortium with avocado production and African mahogany which are for shade grown coffee. In addition, the farms are self-sustainable in the production of eucalyptus, which are reused during the harvest period and in the coffee drying machines.

The cultivation of coffee is in conjunction with nature. The coffee plantations are planted among rocks, woods and waterfalls, in perfect harmony with the environment. These are coffees with extremely different cups for the market. 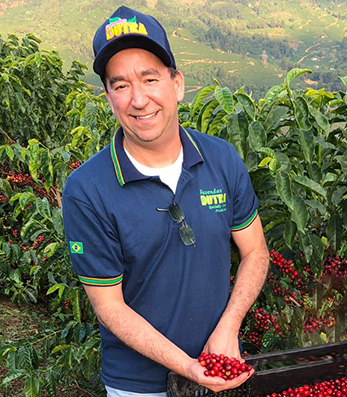 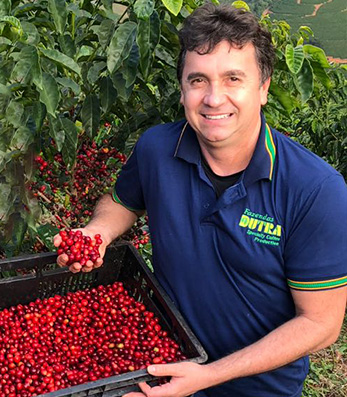 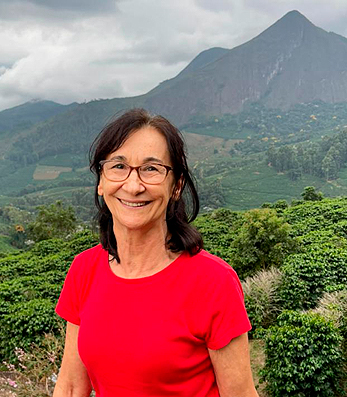 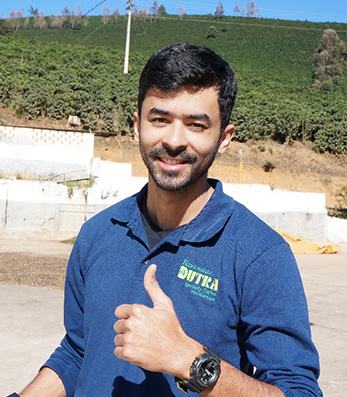 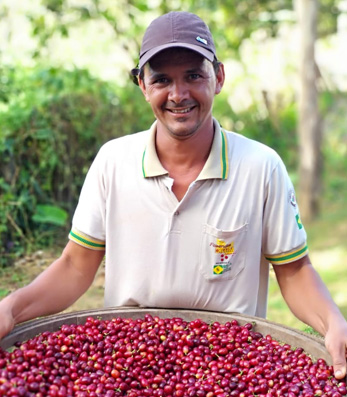